Read on the steps of Parliament House Canberra:  Friday 27 March 1970.

Here, at the invaders talk-talk place,
We, who are the strangers now,
Come with sorrow in our hearts.
The Bora Ring, the Corroborees,
The sacred ceremonies,
Have all gone, all gone,
Turned to dust on the land,
That once was ours.
Oh spirits from the unhappy past,
Hear us now.
We come, not to disturb your rest.
We come, to mourn your passing.
You, who paid the price,
When the invaders spilt our blood.
Your present generation comes,
Seeking strength and wisdom in your memory.
The legends tell us,
When our race dies,
So too, dies the land.
May your spirits go with us
From this place.
May the Mother of life,
Wake from her sleeping,
and lead us on to the happy life,
That once was ours.
Oh mother of life,
Oh spirits from the unhappy past,
Hear the cries of your unhappy people,
And let it be so.
Oh spirits- Let it be so.


NOTE - all poems sourced from  http://www.poetrylibrary.edu.au/poets/noonuccal-oodgeroo

Peace was yours, Australian man, with tribal laws you made,
Till white colonials stole your peace with rape and murder raid;
They shot and poisoned and enslaved until, a scattered few,
Only a remnant now remain, and the heart dies in you.
The white man claimed your hunting grounds, and you could not remain,
They made you work as menials for greedy private gain;
Your tribes are broken vagrants now wherever whites abide,
And justice of the white man means justice to you denied.
They brought you Bibles and disease, the liquor and the gun:
With Christian culture such as these the white command was won.
A dying race you linger on, degraded and oppressed,
Outcasts in your own native land, you are the dispossessed.

When churches mean a way of life, as Christians proudly claim,
And when hypocrisy is scorned and hate is counted shame,
Then only shall intolerance die and old injustice cease,
And white and dark as brothers find equality and peace.
But oh, so long the wait has been, so slow the justice due,
Courage decays for want of hope, and the heart dies in you.

"We are going", read by Kath Walker  (from Australian Screen)

“We Are Going” by Oodgeroo Noonuccal (1920 - 1993) was published in her first collection of poetry, also called We Are Going: Poems (1964).  This was the first volume of poetry to be published by an Aboriginal woman.

Part of Oodgeroo's social protest poetry, “We Are Going” is a politically didactic poem that some critics have denied as being poetic, calling it instead propaganda.  Even the most supportive critics have described this poem as technically imperfect, though it contains a clear and strong message.  Critics have then debated the virtues of Oodgeroo's poetry, saying it is either good protest material or bad poetry.  Oodgeroo herself was not bothered by this criticism, calling herself an educator of Aboriginal issues rather than a poet.  “We Are Going” then is a political poem, giving an Aboriginal perspective on colonisation in Australia.

With “We Are Going”, Oodgeroo comments on the fears of Aborigines, and creates a voice that expresses the pain of dispossession.  It is in simple language that is easy to understand, and has reached a wide readership, which was clearly Oodgeroo's aim.  It is easy to recite, which pleases readers as much as it dismays critics.  There is an absence of metaphor and simile, and the message is given priority over aesthetics.  In this form, Oodgeroo has created a readily transmissible version of history.

There is a duality to “We Are Going”.  While the poem laments the whittling away of traditional Aboriginal ways, the poem also affirms the continuity of Aboriginality.  An Aboriginal presence is confirmed even as the poem mourns the passing of their old ways, laws and legends.  The phrase “we are going” is both the title and the last line of the poem.  In each instance it is given a different inflection and context:  in the title it suggests mobilisation, in the last line it suggests despair.  In each case it is a message to the reader of a cry from a dispossessed people, and a rallying cry from those who are mobilising and becoming politically active, as the very existence of the poem itself also suggests.  The dwindling line lengths of the poem also suggest a waning, while the poem's popular success indicates support and strength.

“We Are Going” defines the Aboriginal connection with the land: “We are nature and the past, all the old ways”.  While the poem laments that this link with nature is becoming weaker, it also asserts that because nature will never be destroyed, neither will Aboriginal people.  The list of the aspects of nature in which they are embodied is in the present tense, and the words “we are” suggest presence and continuity.

Oodgeroo has described the poem as a cry for help, and the dispossession of the speakers of the poem is strongly communicated.  While the tribal people are without words: “They sit and are confused, they cannot say their thoughts”, Oodgeroo speaks for their loss and her own relationship to the past.

When vile men jeer because my skin is brown,
This I live down.

But when a taunted child comes him in tears,
Fierce anger sears.

The colour bar!  It shows the meaner mind
of moron kind.

Men are but medieval yet, as long
as lives this wrong.

Could he but not see, the colour-baiting clod
Is blaming God

Who made us all, and all His children He
Loves equally.

As long as brothers banned from brotherhood
You still exclude.

The Christianity you hold so high
is but a lie,

I was brought up in a mixture of black and white children, and from the time I was born, from the time I could make sense of myself, I realsied that as far as whites were concerned, I was supposed to occupy an inferior place in society.We've never been without that feeling.

But there was certainly never a time when I wished I was white.  Good God no!  I was always ashamed of what the white people did.  I didn't want to be white and I still don't want to be white.  I'd hate to be white, which sis the racist coming out in me now, because I couldn't have on my conscience what the whites have to live with and I'm glad I'm black for that reason.  You'd have to be a damned strong, unfeeling person to be a white person.

As a child I felt that in the white dominated society we were the tailenders in everything.  We weren't allowed to go to dances.  The dance floors were for whites only.  Blacks were not admitted.  When we went swimming at our own lake there was a  place put aside for whites and we had to go right away so that we wouldn't look upon the bodies of the white people while we were swimming.  There had to be a lot of distance between us and we were the second class citizens.  I didn't feel I was a second class citizen but I was put into that position.  (Page 270  New Senior English by Sadler, Hayllar and Powell, Macmillan, Australia, 1992)

In the poem Then and Now Oodgeroo gives a perspective on city life and how it has affected her people.  We get some insight into what life is now like for aboriginal people as they participate in this country's westernized culture.  The way they were - something they often yearn for - lives only in their memories (p151 EQ 3.  Jacaranda 2001)

In my dreams I hear my tribe
Laughing as they hunt and swim,
But dreams are shattered by rushing car,
By grinding tram and hissing train,
And I see no more my tribe of old
As I walk alone in the teeming town.
I have seen corroboree
Where that factory belches smoke;
Here where they have memorial park
One time lubras dug for yams;
One time our dark children played
There where the railway yards are now,
And where I remember the didgeridoo
Calling us to dance and play,
Offices now, neon lights now,
Bank and shop and advertisement now,
Traffic and trade of the busy town.

No more woomera, no more boomerang,
No more playabout, no more the old ways.
Children of nature we were then,
No clocks hurrying crowds to toil.
Now I am civilized and work in the white way,
Now I have dress, now I have shoes:
"Isn't she lucky to have a good job!"
Better when I had only a dillybag
Better when I had nothing but happiness.

Oodgeroo of the tribe Noonuccal

This next poem was published in 1966, one year before the 1967 referendum when  over 90% of all voters said YES in favour of aboriginal people being given the right to vote.

The Dawn is at Hand
By: Oodgeroo Noonuccal
Dark brothers, first Australian race
Soon you will take your rightful place
In the brotherhood long awaited for.
Fringe-dwellers no more.

Sore, sore the tears you shed
When hope seemed to folly and justice dead.
Was the long night weary? Look up, dark band
The Dawn is at Hand

You will be welcomed mateship-wise
In industry and in enterprise;
No profession will bar the door,
Fringe-dwellers no more.

Dark and white upon the ground
In club and office and social round,
Yours the feel of a friendly land,
The grip of the hand.

For ban and bias will soon be gone
The future beckons you bravely on
To art and letters and nation lore,
Fringe-dwellers no more.

One of the most famous and enduring images of racism is when Nicky Winmar showed the crowd who had been taunting him his skin.  His statement - I am proud of who I am.  Below is Oodgeroo Noonuccal's poem "I am proud."
Image sourced from http://www.kryztoff.com/RAW/?tag=nicky-winmar

I am black of skin among whites,
And I am proud,
Proud of race and proud of skin.
I am broken and poor,
Dressed in rags from white man’s back,
But do not think I am ashamed.
Spears could not contend against guns
And we were mastered,
But there are things they could not plunder and
destroy.
We were conquered but never subservient,
We were compelled but never servile.
Do not think I cringe as white men cringe to
whites.
I am proud,
Though humble and poor and without a home…
So was Christ.

The opening scene from the film which is a film set in the time of the stolen generation - a time when aboriginal children were forcibly taken from their parents and sent to mission schools.

What thoughts go through your mind when you watch this? 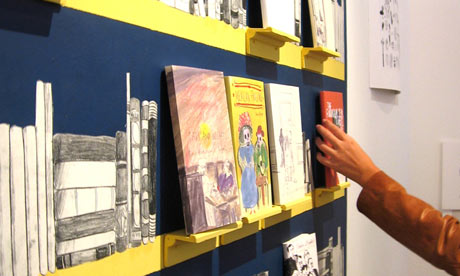